Publicus Institute, by the commission of Népszava, measured voters’ opinion about certain European issues and the situation between Fidesz and the European People’s Party (EPP), by surveying 1001 individuals in a representative survey between the 13-20th of March. The research’s data collection had finished before the decision of EPP.

Two-thirds of responders think that EU membership has been overall beneficial for our country so far, while less than a quarter of them think that it has not. Nine out of ten surveyed think that the EU should monitor the usage of funding more rigorously, and more than three-quarters of them support joining the European Public Prosecutor’s Office, amongst them almost two thirds of Fidesz voters (62 percent). Three-quarters (75 percent) of surveyed stated that they have heard about multiple members of EPP, the European party family of Fidesz, initiating a suspension or the revocation of Fidesz’s membership.

A few days prior to EPP’s decision regarding the status of Fidesz, 35 percent of surveyed did, while 44 of them did not feel that the procedure was justified. 85 percent of Fidesz voters did not (as opposed to 4 that did) consider the procedure fair, while three-quarters (74 percent) of opposition voters did.

Almost three-quarters of responders (63 percent) would decide to join the EU if the referendum was held “this Sunday”, although these figures are five percentage-points lower than that we measured half a year ago.

Two-thirds (66 percent) of responders think that EU membership has been overall beneficial for our country so far, while less than one quarter (23 percent) of them think that it has not. Compared to our study half a year ago, the proportion of those who think it has been beneficial has decreased by 13, while compared to our study two and a half years ago, has decreased by 4 percentage points; this has been the result of changes within the demographics of Fidesz voters and people with an educational attainment of primary school or less.

According to the majority (47 percent), a very significant amount of EU founding has been appropriated by private individuals , while four out of ten surveyed (39 percent) think that while a level of corruption exists, it is nothing too severe, and only 5 percent think that there is no corruption around EU funding.

Nine out of ten (88 percent) responders agree that the EU should monitor the usage of funding more rigorously, while only every tenth surveyed (10 percent) thinks that the current system is fine as it is.

All surveyed demographics agree in this matter, even three-quarters of Fidesz voters (75 percent) favour a stricter monitoring system. Mostly MSZP and undecided voters are in favour (96 and 95 percent). We have not found significant changes compared to our study half a year ago.

One potential way of said monitoring would be to join the European Public Prosecutor’s Office, which is supported by more than three-quarters (78 percent) of surveyed.

No significant differences are present here compared to our study half a year ago either, every surveyed demographic supports joining, mostly MSZP and Jobbik voters (97 and 93 percent), but even almost two-thirds (62 percent) of Fidesz voters.

Three-quarters (75 percent) of surveyed stated that they have heard about multiple members of the EPP, the European party family of Fidesz, initiating a suspension or revocation of Fidesz’s membership.

A few days prior to EPP’s decision regarding the status of Fidesz, 35 percent of surveyed did, while 44 of them did not feel that the procedure was justified. 85 percent of Fidesz voters did not (as opposed to 4 that did) consider the procedure fair, while three-quarters (74 percent) of opposition voters did. The two demographics that were most against the procedure were Fidesz voters (85 percent against 4) and those who would vote no on joining the EU in a referendum (72 percent against 10), while it was mostly opposition voters who supported it (74 percent). Mostly Jobbik and other party supporters thought that the suspension or complete revocation of Fidesz’s membership would be the right decision by the EPP (82 and 76 percent), but the larger portion of unsure voters (44 percent against 21) shared this view also.

More than half of the surveyed (54 percent) thought that Hungary should increase its ties with the EU, and only a tenth of them (10-11 percent) mentioned the USA or Russia, while 16 percent would rather increase independence.

Although our study that we did two and a half years ago showed the exact same results, compared to that study, the proportion of people opting for a more independent position has decreased by 10 percent points, while the number of those wanting closer ties with Russia and the USA has grown by 3 and 4 percent points respectively. Increasing ties with the USA was mostly favoured by MSZP voters, while Fidesz voters tended to favour Russia instead (21 percent).

Almost two-thirds (63 percent) of responders join the EU if asked in a referendum “this Sunday”. This is five percentage points lower than what we measured half a year ago.

We measured a significant increase in EU support two and a half years ago, right after the Brexit referendum in Britain. We have also seen a spike in support towards the EU half a year ago as the UKs secession from the EU was coming closer and the Sargentini report critically examining our country was passed in the EU Parliament by a two-thirds majority.

We are now once again seeing a drop in support towards the EU, which can be attributed to the 12 percent shrinkage of support among Fidesz voters, despite the 8 percent rise in support among Jobbik voters. No other demographics had a substantial change of opinion.

Further details and findings of the study can be found on the Saturday issue of Népszava. Please reference Népszava as well when presenting the study.

The survey-based study was run by Publicus Institute as a part of Publicus Omnibusz, consulting 1007 individuals representative of the adult population of Hungary on the phone, between the 13-20th of March 2019.

The potential distortions of sampling were corrected with weighting based on the data from the 2016 KSH census. The attributes of the surveyed, their sex, age, educational attainment, regional and settlement wise composition accurately resemble those of the Hungarian population. With this sample size, we can state with a 95 percent confidence level that the data attained through testing would only differ by +/-3,1 percent at most from that we would have gotten when surveying all 18 year old or older residents. The statistical error is larger however, when the distribution is configured not to all surveyed, but to the smaller subgroups present. 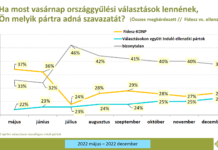 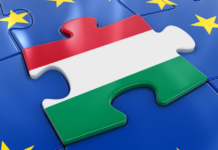 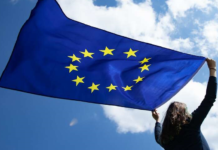 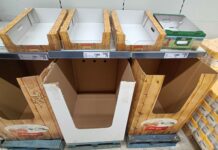 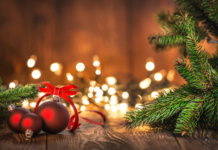 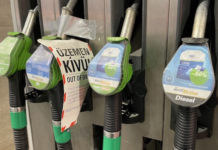 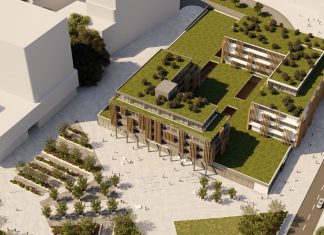 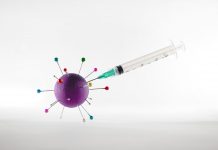 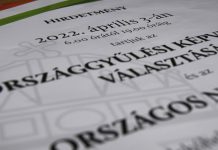