Publicus Institute, commissioned by the Group of the Progressive Alliance of Socialists & Democrats (S&D) and Hungarian MEP István Ujhelyi, measured the public opinion towards the European Union by surveying 2006 individuals in a nationwide representative poll conducted between the 3rd and the 14th of February 2022.

According to the vast majority of respondents, membership in the European Union is rather advantageous for Hungary. If a referendum were held this Sunday on whether the country should join the EU now, 86 percent of respondents would vote in favor.

Fidesz voters have the most resentments against the EU: for instance, if a referendum were held this Sunday on whether Hungary should leave the EU, one in five pro-government voters would vote in favor.

The idea that Orbán wants a “Huxit” often arises in Hungarian public consciousness. There are more respondents who think the prime minister wants to leave the EU than the ones who think he does not (48 vs. 43 percent). Every other respondent considers it conceivable that Hungary may be excluded from the European Union, regardless of Hungary’s intention, because the country’s current actions do not meet the conditions of the EU.

Regarding the European Union, eight out of ten respondents attach great importance to peace and cooperation among Member States, as well as to the rule of law.

Almost every second respondent considers the most important of the European Union’s values ​​to be peace and cooperation among Member States. One in four respondents mentioned the security of the rule of law.

One in two respondents says that the rule of law is currently in the greatest danger of European values ​​in Hungary.

Six out of ten respondents rather not believe that the EU wants to bring millions of migrants to Europe as a solution to demographic problems. The same share of respondents also rather consider it untrue that Hungary does not have access to the recovery funds because Brussels does not accept the government’s resistance to allowing LGBTQ activists into Hungarian kindergartens and schools to promote sex reassignment surgeries there.

Three-quarters of respondents rather consider it true that Hungary does not have access to the recovery funds due to problems with the rule of law and state-level corruption.

Eight out of ten respondents have heard that the European Commission has imparted to the Hungarian government in a written list: due to the dismantling of the rule of law and state-level corruption, the country is not yet able to access its resources.

Two-thirds of respondents think that if a Hungarian MEP supports the withholding of EU funds because of problems with the rule of law and corruption, he is actually acting against the corrupt government in the interests of his country

Three quarters of respondents would support European coordination in healthcare, in other words the creation of a European Health Union.

Eight out of ten respondents say it is important for European citizens to have a direct say in European processes.

One third of respondents have heard about the Conference on the Future of Europe, where every EU citizen can write down their opinions so that a number of issues about the future of the EU can be decided according to the view of its citizens. The majority considers it possible to attend such a conference to share their views.

Six out of ten respondents rather disagree that the European Parliament, where the citizens’ elected representatives decide, should be abolished and that the European Council, which brings together prime ministers, should decide on more issues than at present.

The survey was conducted by Publicus Institute, between the 03th and the 14th of February 2022, polling 2006 individuals via phone, who are representative of the adult population of Hungary. The potential distortions of sampling were corrected with weighting based on the data from the 2016 KSH census data. The attributes of the surveyed accurately resemble those of the Hungarian population by their sex, age, educational attainment, regional and settlement wise composition. With this sample size, we can state with a 95 percent confidence level that the data obtained through testing would only differ by +/-2,1 percent at most from that we would have gotten when surveying all 18 year old or older residents. The statistical error is larger however, when the distribution is configured not to all surveyed, but to certain smaller subgroups. 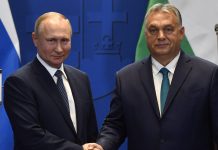 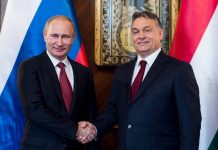 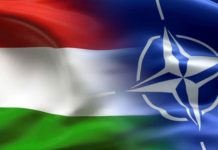 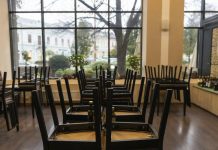 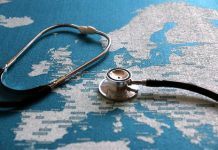 The majority believes that freedom of the press is being heavily...

2020-09-23
Publicus Institute, by the commission of Népszava, measured voters’ opinion on the freedom of Hungarian press, and the situation concerning the news portal “Index”,...